Ash is tagging up its sneakers. Brand founder Patrick Ithier has partnered with artist “Crash” on two styles.

The limited-edition looks include a high-top and a slip-on style featuring exclusive graffiti paintings that Crash crafted for the brand. Think bold colors and whimsical lines for a playful sketch. 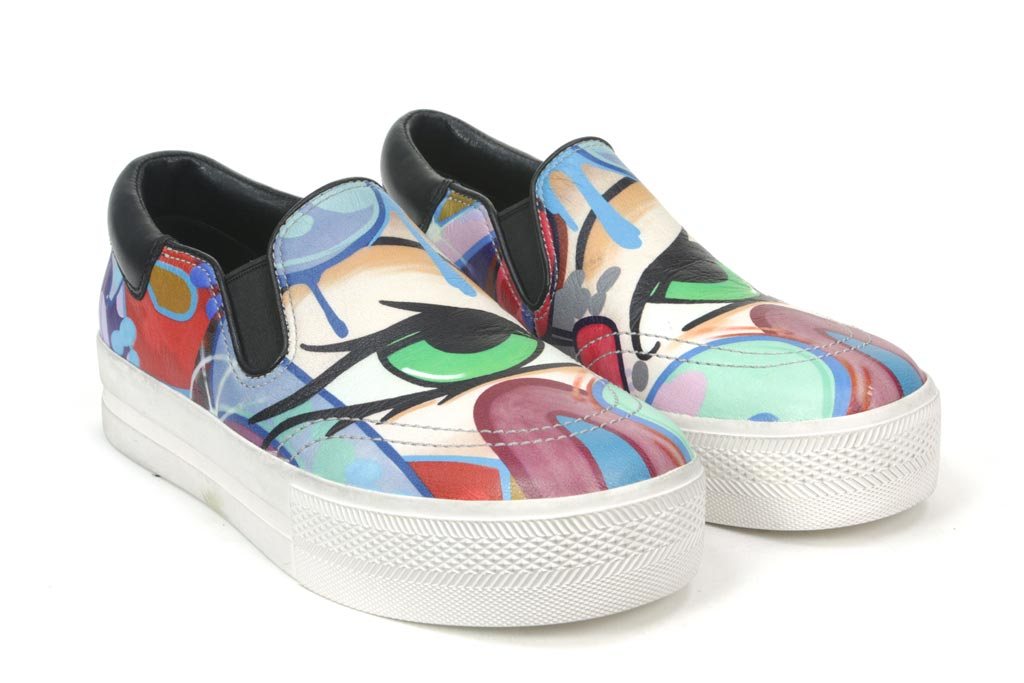 John “Crash” Matos received his nickname after crashing his computer at school. Since the age of 13, he’s been working as an artist, putting his work across trains and buildings in New York City, and now he appears in galleries.

He launched his exhibit, “Graffiti Art Success for America,” at Fashion Moda in the Bronx, and his work is found internationally as well, across museums and galleries in Europe and Asia.

The shoe collab will hit Ashfootwearusa.com starting next week at a retail price of $205.

Ash is well-known for wedge sneakers, which have attracted a following among the celebrity set. Everyone from Chelsea Handler to Hilary Duff to Kristin Stewart, Idina Menzel and Madonna have been spotted in the style.

The brand was launched in 2000 by Ithier and co-founder Leonello Calvani. The label is owned by Highline United. 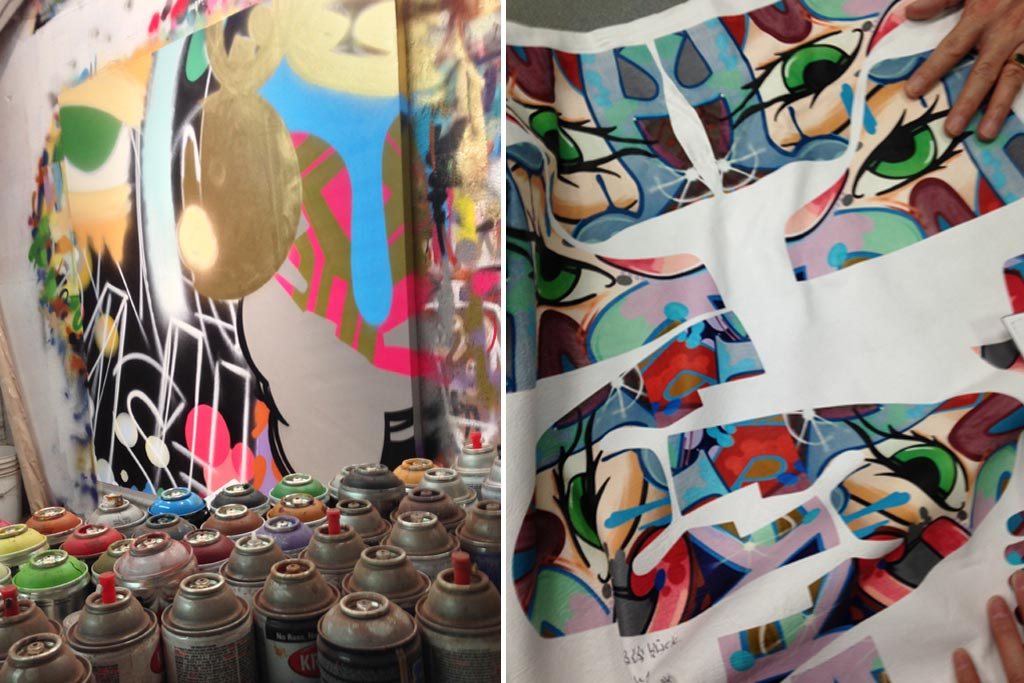 Behind the scenes at the studio.
Courtesy of brand