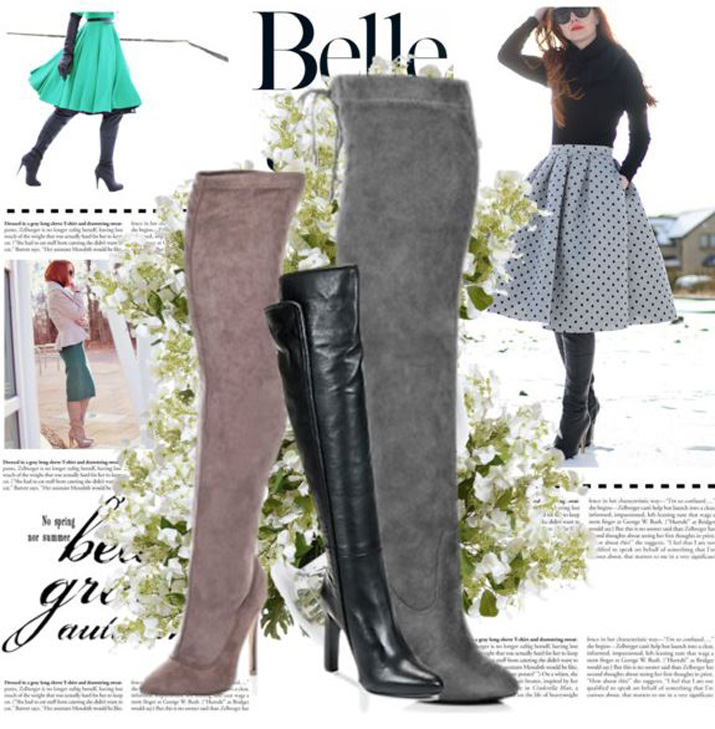 We’ve reached that time of year when I start to become obsessed with thigh-high boots.

Now, I’m not a huge fan of boots in general: I’ve never been one of those people who starts counting down to autumn so I can layer up and break out the boots – in fact, almost every outfit I wear with boots, I think would look better with shoes. Almost every outfit.

A few years ago, though, I bought myself a pair of thigh-high boots from Topshop, and I never looked back. They were (and are – I still wear them every year) the kind of thing I’d never normally have dreamt of buying, because if I’m honest, I’d always associated thigh-high boots with a super-sexy kind of look that just isn’t me. I worried that they’d look inappropriate or cheap, and I figured they’d probably be one of those purchases I loved to bits – but which never actually made it out of the house.

As it turned out, though, I couldn’t have been more wrong, because those boots quickly came my go-to solution for winter footwear: and pretty soon, I’d added a few more pairs to my collection, too. I love wearing thigh-high boots with dresses and skirts, but the pairs I have are starting to show their age, so this year I’ve been on the lookout for some replacements. Boot shopping isn’t nearly as easy a task as shoe shopping, unfortunately: boots tend to be much more expensive than shoes, and they’re also harder to get the right fit with, because as well as having to fit your foot properly, they also have to fit your leg, which can seem like an impossible task.

The three pairs of boots on this page are all from Spartoo, who have a large selection of thigh-highs this year, at a wide range of price points: maybe I’ll get to add to my collection after all!

The updated SFB is available in Black, Desert Tan and Sage Green. Coyote Brown will be available soon. The SFB sells for $160.00....

NikeLab ACG Flyknit-Lupinek SFB in the white-with-black colorway. Courtesy of...