Nike plans to keep sneakerheads in its classic, most-sought-after shoes, even when the weather takes a turn for the worse. Its SneakerBoot collection, which boasts seven styles, is slated to hit stores on Nov. 5.

The Beaverton, Ore.-based athletic brand new line for men and women offers more rugged versions of the original outsoles and linings on its popular styles to keep them as comfortable as when they were first released. Added features to battle inclement weather include water-resistant uppers, heat-reflective sock liners, rubberized toes, thermal linings and more. The shoes also have reflective elements, including iridescent swoosh logos.

For both men and women, Nike Football Boots 8 is introducing a brand-new shoe, the Flyknit Trainer Chukka SneakerBoot, which features a double-layer Flyknit upper mixed with wool and finished with Defender Repellent Systems spray to keep them water-resistant. 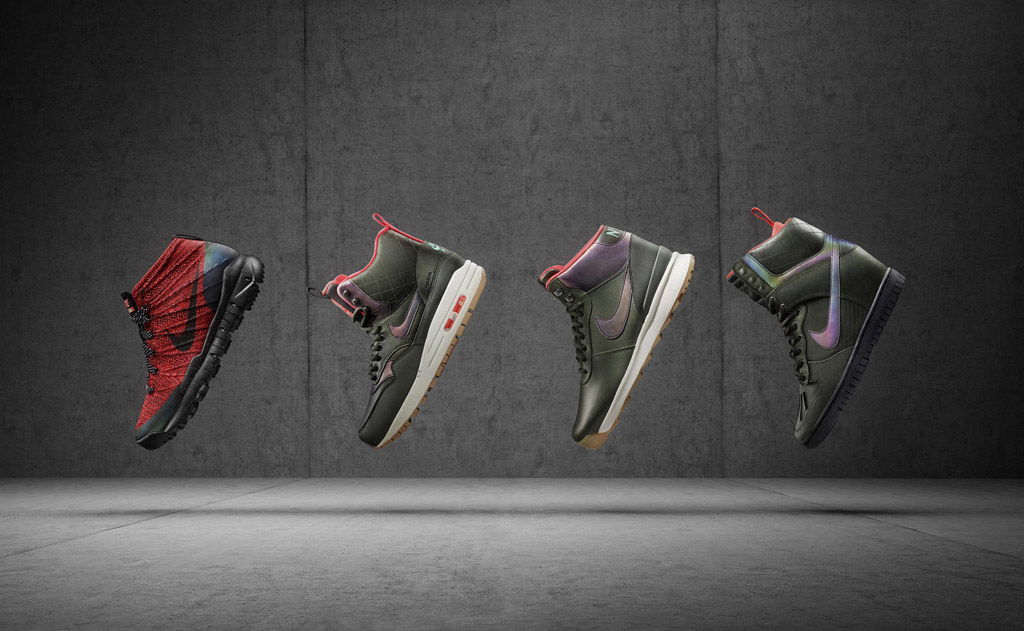 Nike to Be the NBA’s Next Apparel Provider