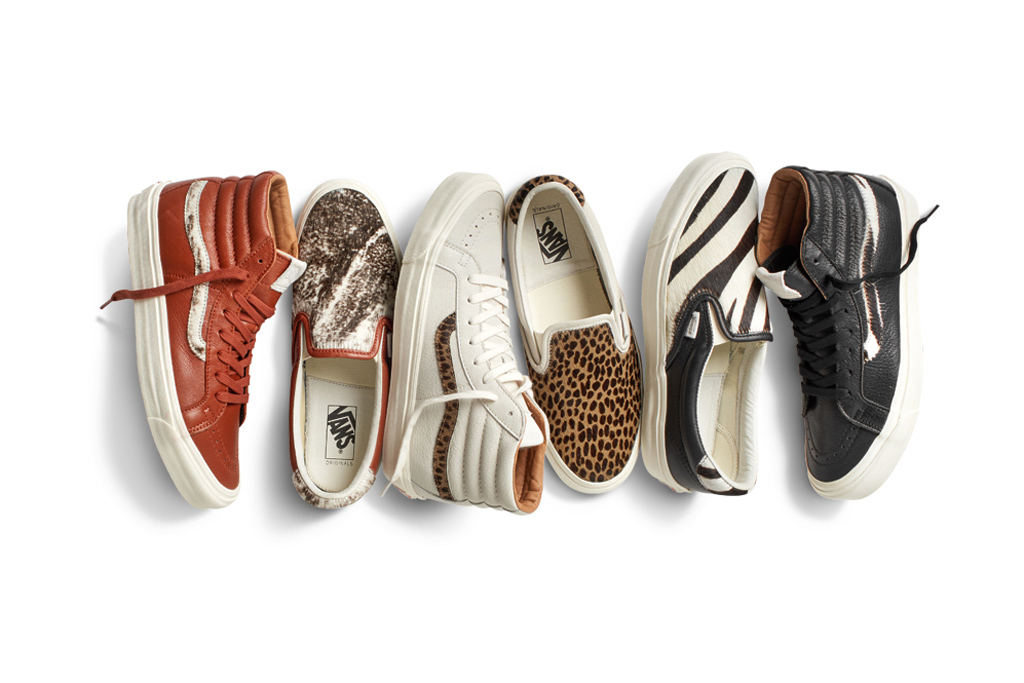 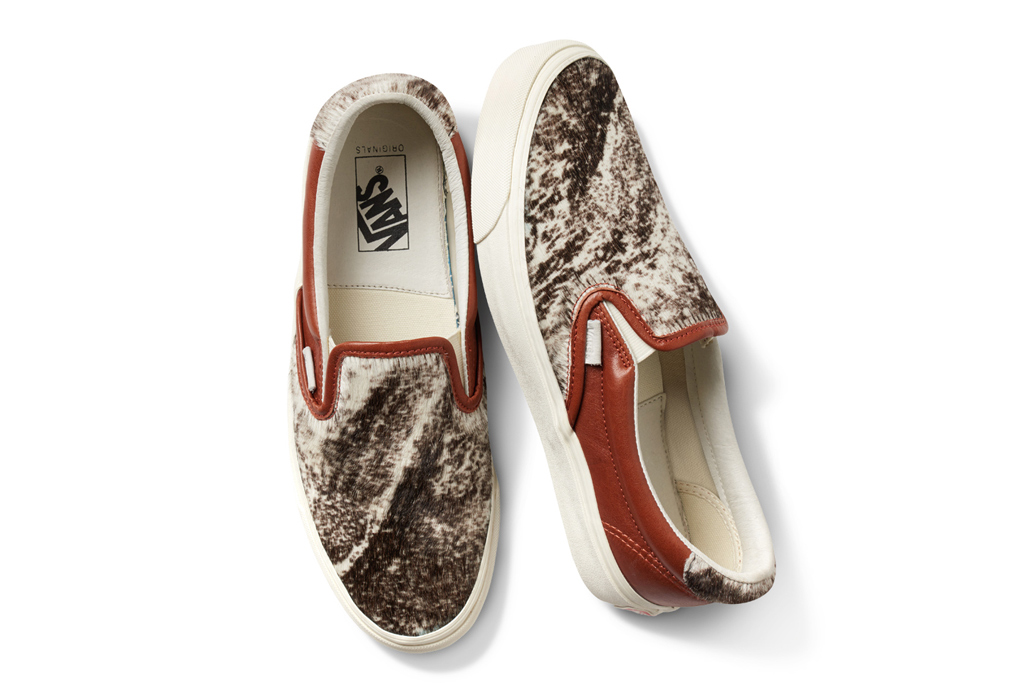 For spring 2016, Vault by Vans is walking on the wild side. Vans’ premium label is giving its classic styles the luxury treatment. The Slip-On 59 LX and Sk8-Hi LX styles are done in neutral leathers and pony hair.

Leopard and zebra pony hair prints are seen throughout the six piece collection, which ranges in price from $100-$120. The brand says it pulled inspiration from Vault by Vans early collections when designers began to incorporate high-end materials on the classic forms.

The shoes will be available at select retailers in February. New York locations include Dover Street Market, Opening Ceremony and Odin New York.

Click through the gallery to see all of the Vault by Vans spring ’16 styles.

Justin Bieber Swaps Vans For Tan Yeezys While Out In L.A.